Do Cats Respond to Music?

Understanding the science behind cats and their love for classical music begins with learning about the similarities between cat brains and human brains. In addition to sharing the same brain structure (cerebral cortices, lobes, etc), cat and human brains are also gyrencephalic, meaning they are “folded” to preserve space. Primates, dogs, whales, elephants and pigs also have gyrencephalic brains.

Specific areas of the human brain are activated when we listen to music, such as the temporal lobe, the amygdala and the hippocampus. Interestingly, the same areas of a cat’s brain are activated when they hear music playing. In fact, it is the direct activation of the amygdala and the hippocampus in human and cat brains that makes us (and our furbabies) feel a certain way when we listen to music.

Of course, cat owners know that their cats have much better hearing abilities than they do. If you have ever noticed your cat listening to something that you can’t hear, that’s because cats have one of the broadest hearing ranges among all mammals. Cats also have hearing abilities that have evolved to pick up sounds at the higher end of the frequency scale. For example, humans are more sensitive to noises reaching the 3000 Hz range (a decent crack of thunder or a trombone), while cats can hear sounds closer to the 9000 Hz range–bird chirps, high-pitched whistles, mouse squeaks.

Why is it important to know about the hearing ability of domestic cats? Simply because it proves that cats are capable of hearing music and musical tones. And now for the scientific proof that feline enrichment not only involves toys and human interaction but also classical music!

Does Music Calm Anxious Cats at the Veterinary Clinic?

Researchers wanted to see if “cat music” helped cats relax while waiting in a veterinary waiting room. According to results of this study, cats did respond positively to cat-specific music that played soothing melodies incorporating feline vocalizations, specifically suckling and purring sounds. The premise for this study involved the idea that the development of emotional centers in a kitten’s brain happened quickly after birth. Layering purring and suckling sounds into the frequency and tempo of selected music, the researchers created what they call cat-specific music.

What Do Cats Think About Classical Music?

According to a study published in the Journal of Feline Medicine and Surgery, cats waiting to be spayed or neutered in a veterinary clinic prefer classical music, especially works by Baroque composer George Handel! Researchers recorded the pupil diameters and respiratory rates of 12 cats scheduled for surgery. The cats were also fitted with special headphones to expose them to silence for two minutes. This silence was followed by several minutes of classical music and a rock song by AC/DC.

The Case for Cat-Specific Music

Get Peace of Mind With Our Cat Sitting Services

When you have to leave your home but can’t take your cat with you, hire a cat sitter you can depend on for ensuring your cat receives plenty of nurturing and exceptional cat care. Our cat sitting services include administration of medication and other special needs your cat requires. If your cat loves music, let us know and we’ll include that in a personalized feline enrichment program. Contact us today to schedule care! 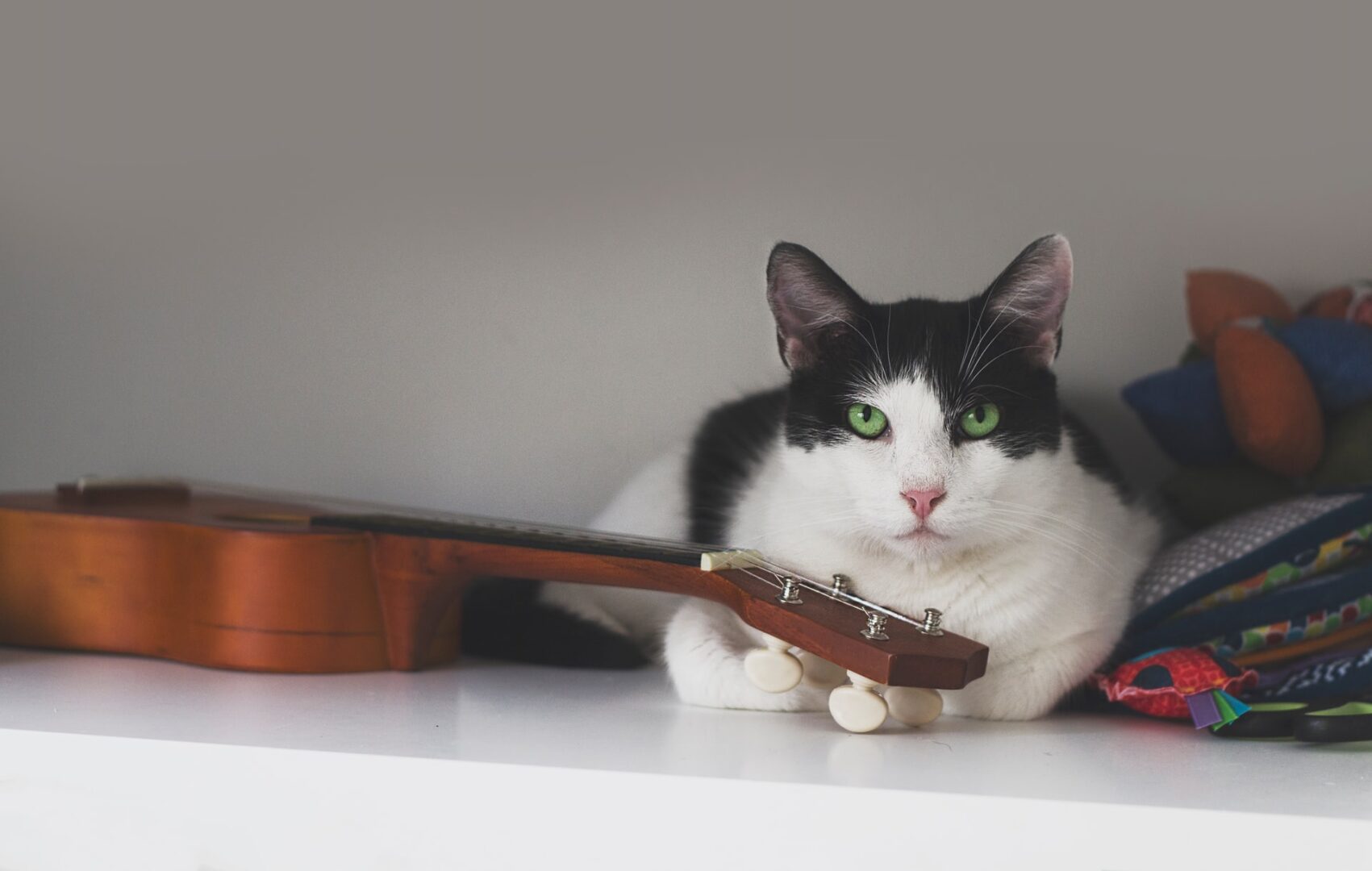